Blog 8 – “That sounded like I broke my bloody leg”

It was not an accident - it was entirely my fault.
If I knew then what I know now I would not have been riding Gazelle, she simply wasn’t ready. 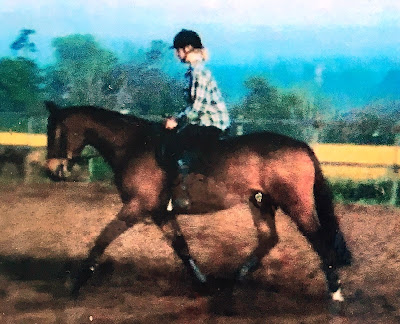 I was convinced that I could “manage” and ride her though her issues but a (mutual) temper tantrum led to Gazelle, once again rearing up and we came down together on the road, my left leg trapped between her body and the curb.

As we came down I thought, “That sounded like I broke my bloody leg.”

Gazelle got up and made her own way home (which says a lot about our relationship) and when I tried to get up I realised that indeed I had.

Gazelle's arrival home alone caused a lot of trauma (those were the days when a mobile phone was a rarity).  I was found by the poor postman and then my husband who drove me to hospital.  A mid-shaft fracture of my tibia was confirmed and I was put in a non-weight-baring full-leg cast, from the top of my thigh to the ball of my foot and sent home with crutches and an appointment to return in 4 weeks.

The first couple of weeks were a torture, I was in a lot of pain physically but also completely dependent on others to look after me, my gorgeous daughter and my yard.  (I can’t fault anyone who helped me through this, they were fabulous and I while I was grateful as someone fiercely independent I felt as morose as a stroppy teenager.)

In the first month I had developed effective enough strategies that, although I could not drive or ride, I could get some sleep and to and from the yard on crutches, take back some control (very important to me) and teach.

So convinced was I of my progress that I was sure that when I went for my first hospital check-up I would be told that I was a miraculous healer, the cast could be removed and I could get on with my life again.

Instead I was informed that they was no sign of bone growth yet and that I should return in another 4 weeks.

And so began a roller-coaster which was to last 8 months.  Arrival for check-ups convinced I was better, only to told there was little or no progress, being sent home miserable, then using increasingly creative strategies to cope until the next appointment.

Ultimately, of course I did heal sufficiently that I could have the cast removed (actually it was the 4th cast, I had atrophied so much muscle that the cast had to be changed frequently).

And so began physio, “How much mobility would you like back in your leg?” I was asked, “All of it" (obviously) was my response to the sympathetic but ineffective physiotherapist.  However, with due diligence I did my exercises, gradually I was fully weight baring again and did indeed regain full mobility of my leg and most of the atrophied muscle. 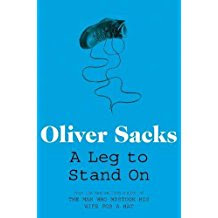 Back to normal - although my leg did not return to “normal” until many years later.  Some of this was physical and a lot of it was emotional, in hindsight I realised that for years I called it “the” leg, not “my” leg.  (Please check out Oliver Sachs “A Leg To Stand On” – fabulous book.)

It always felt weak and it hurt, not a lot just a nagging reminder that all was not well…