I was very happily distracted by a new found pleasure in dressage.

And was discovering that there was more to it than learning and performing a set “test”.

The oneness and connection was new to me - and this is something I am enjoying exploring, in constantly evolving ways to this day - although back then I still needed the validation provided by competition... 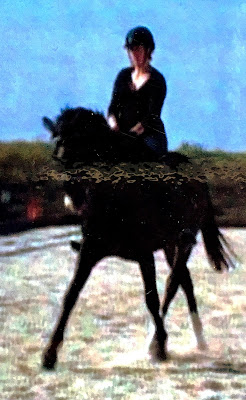 I was determined to learn from and avoid repeating my past mistakes with my next horse and was certain that I wanted a young, unbacked horse, minimum of 16.2hh and preferable a mare.

So I bought a 6 year old, 16hh gelding called Guy!

A friend, who was an equine bodyworker told me about him, she had treated him for his then-owner who was selling him because he was too sharp for her.

My friend knew Guy was a very talented horse and felt certain that we were well matched.

Oh, and he was cheap.

We started our relationship with my level of confidence that I could resolve his issues quite high.

If I could get him in to and then keep him in the ring then we would win or be placed highly in numerous BD classes to Medium.
Guy was the first horse I had owned who didn’t seem to have a work ethic, he just had no joy for moving or working under saddle in spite of his talent and athleticism.

When he had enough he’d just unceremoniously - and with great ease - dump me.  He had numerous ways of doing this, his most efficient was with flamboyant spooks and spins and he taught me numerous lessons.

He was determined and super athletic and I simply could not out persist or out-sit him.
He could met, match and out-smart me on every level.
The more inventive I became in dealing with his evasions the more complex the evasion he would throw my way.
If it were a battle of strength, speed or wit he was always going to win.
I needed to find a way which was non-confrontational and this was a challenge to me as a person and to him as an insecure horse who felt that any “correction” was an affront to his dignity.

Out of desperation and thanks to Guy I started further exploring clicker training, particularly through the work of Alexandra Kurland www.theclickercenter.com, and it was transformative.

It opened avenues of communication but in those days, and unbeknownst to me I was, to quote Alex, “Sugar coating same-old-same-old” (Meaning that I continued to do what I had always done but added the clicker to that regime.) and it got Guy and I so far - but it wasn’t until years later that I was to understand and fully buy into Alex’s training system which has changed my life, and the lives of the people and animals I love so profoundly.

Alex now visits Ashen E.C. regularly to teach clicker courses, she is a dear friend who may never fully understand the differences she has made to my life and is, without doubt one of the most amazing human beings on the planet.

Guy was super fussy about his saddle and thanks to my sister Katie Eaton who was by now not only a Qualified Saddle Fitter but through hard-work and by invitation a Master Saddler.

Katie is a rare breed or saddler, not only conventionally qualified but creative in her thinking and eventually we found the right saddle for him and that helped a lot.

He needed regular bodywork which helped but didn’t “resolve” any of his issues.

He was never lame but sometimes he just didn’t feel “right”, and this was something I simply could not ignore given the lessons Gazelle and other horses had taught me about there always being a reason for horses “misbehaving”.

He had mismatched, boxy front feet, typical of horses prone to navicular and was eventually diagnosed with mild navicular syndrome.

I jumped through all the hoops and did exactly what I was told by my vet, for whom I had great trust and respect, he had is navicular joints medicated, was surgically shod but showed little or no improvement over the next year or so.

By now I was disheartened and told my husband that “I have tried everything with this horse”.  His response was to simply asked me the question, “What would you advise a client?” 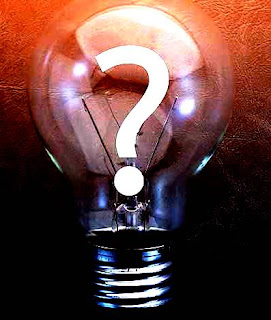 This was a hugely powerful question.  It allowed me to get some perspective, to be less guilt-ridden and emotional about things and to see that of course I hadn’t tried “everything”.

Now when I’m stuck I ask myself that question - and answers will come.

If you’re in a stuck state with your horse maybe take a step back and you ask yourself, “What would I advise a friend”??


Next time "Where there's a will" published 23rd March.

For those searching online for more “instructional” resources than offered in these blogs please make use of my video download www.ashenec.co.uk