Always loved, supported, encouraged to ask questions, (and to have them answered) to speak my truth and have it listened to (if not always agreed with!) within the safety of the family home I was once told by a nursery school teacher that, “If you don’t have anything intelligent to say then don’t say anything at all.” which led to selective-mutism outside of the family home and the cultivation of a very effective "piss off" scowl in school and at social events.  However I recovered from this fairly quickly, mostly because I was fiercely protective of my younger brother who endured bullying at primary school and I took on the role of defending him verbally and often physically.

However it was to return after losing Mac. 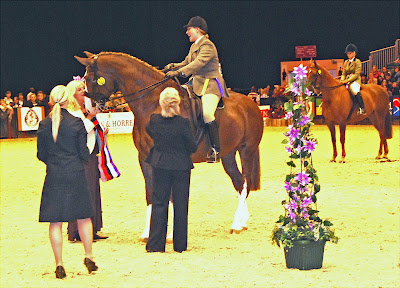 On our way home from the vet I called my parents to tell them what had happened.  Dad answered and wanted to know what he could do to help, should he come over.  I told him that I was with Chris and Noni and that we were on our way to collect Max from my in-laws and, so thank you but there was no need to come over but please could he let Mum, my brother and sisters know what had happened.

I then went on to call a mother and daughter, clients who were going to meet us at the showground the following day (Mac died on my birthday weekend and they were coming to support us and to bring my favourite, “Bindy’s lemon drizzle cake” to celebrate.) and I needed to let them know why we were not going to be there.

But I simply couldn’t call them, I dialled Genene's number but changed my mind twice before sending a text message instead.

I knew I had “wimped out” of making the call and hoped that they would understand and didn’t think too much more about my lack of ability to speak at the time.
I don’t remember a huge about the next couple of weeks except I couldn’t speak to anyone and wandered zombie-like around the house.  With the owner’s agreement Noni took over managing a horse we had in for rehab after a fracturing a pedal bone and looked after the yard before and after school.  I simply couldn’t go out on to the yard and I couldn’t speak to anyone, Chris handled all my calls and cancelled my appointments.

I knew that I was grieving and that this was normal and healthy but I began to wonder whether I might never be able to speak or go outside again and this would mean giving up my business and our lifestyle.

It felt surreal, as if I were a partially interested observer of my own internal darkness and I wasn’t sure how I’d come out of it or when.

My wake-up call came by way of a knock at the door, no-one else was in so I was forced to answer to a concerned neighbour who had noticed that the horses had apparently knocked over the water trough in the field.  I couldn’t say anything, just nodded, put on my boots and went to check things out.

Thankfully, although they had knocked over one trough the other was still full and functioning so the horses were fine.

I had a slow wander around and realised that although much more empty and that it would never be the same without Mac it was still a wonderful place and that I was ready to come back.

I had a good sob in the paddock, comforted by Filly, Steps and Toby then went to visit the neighbours to thank them properly for their concern and had a lovely cup of coffee and talk, at length about Mac.
For years I couldn’t talk or think about Mac without crying and my memories of him were of his awful last few hours.

Now when I think and speak of him, while tinged with sadness mostly I remember the wonderful times we shared, I smile and I am grateful to have had him in my life.

I cannot express my gratitude to all of the people who sent cards and messages, flowers and gifts in memory of Mac and for almost two years afterwards people who did not know what had happened and wondered why we were not out at competitions would contact me, shocked when I told them of our loss.

One of my favourite memories of Mac are of him looking from the paddock over the bank surrounding the arena, watching the lessons and schooling sessions that I took in there and it is a comfort to have a rose in his name, kindly given to me by a riding club I coach for alongside the arena to this day, thank you Christine Kimberly and CVRC.


"Thanks but no thanks" published 30th April.